I recently worked up some trial skirmish lists for the Wizkidz range of pre-painted 28mm Star Wars Miniatures - Rebel Alliance and Imperial Forces so that I could have a bash at FWC's skirmish rules.

The following is a quick AAR of the game played earlier this weekend with my son and one of his school mates. 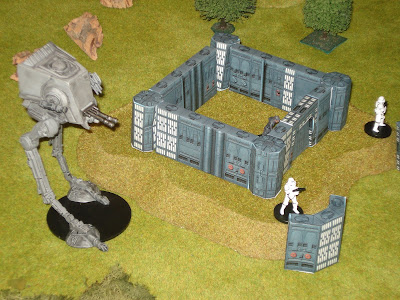 The Rebel Forces deployed using mobile deployment however Han Solo clearly got lost somewhere in the forest and didn't arrive on time! Luckily the rebel incursion went un-noticed by the Imperial Forces and Chewbacca and Leia were able to take up firing positions surrounding the bunker.

Han eventually arrived but seemeed to be having some issues in moving into position. Chewbacca ordered C3PO and R2D2 into the open ground in front of the bunker hoping to draw the enemies fire which would allow the Dressalian Sniper to take out the two Stormtroopers guarding the entrance. 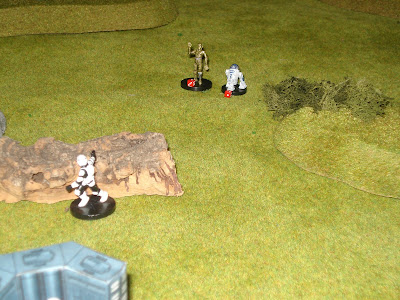 Imperial Forces began to make their way towards the bunker to meet the Rebel Incursion and some accurate fire from the Dressalian Sniper forced the Scout Walkers crew to baton the hatches.

A firefight broke out near the bunker between the Stormtrooper guards and the Rebel Commandoes led by Leia and Chewbacca. Han Solo's command arrives just in time to take up a flanking position on the bunker.

The Scoutwalker (with batoned down hatches) gained some ground and picked off a solitary rebel commando making a break for cover. The stormtroopers at the bunker found themselves pinned by the weight of fire incoming. 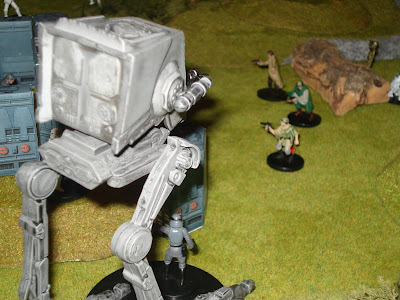 With more Imperial Forces arriving and the Scoutwalker pinned by Rebel Small Arms fire Leia makes a dash for the command bunker which R2 and C3PO have managed to gain entry to. Leia is cut down in hand combat by the Imperial Officer sending the Rebel Forces into panic! 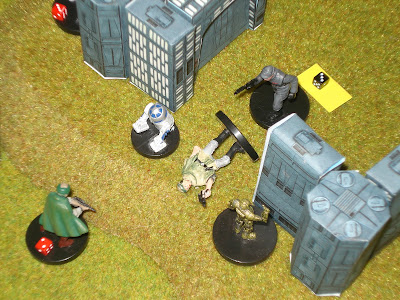 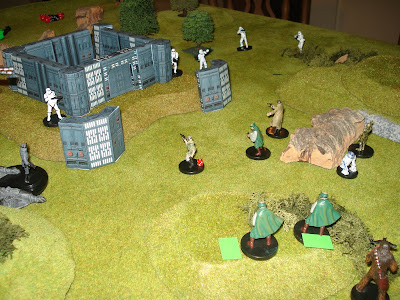 Chewbacca bursts from cover hoping ti take the bunker whilst Han trades fire with Imperial forces and he meets the same fate a Leia being hit from all directions by small arms fire and the heavy lasers of the Scout Walker. Han finds himself surrounded and pinned down forcing him to surrender. 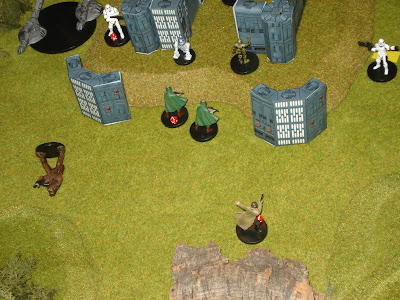 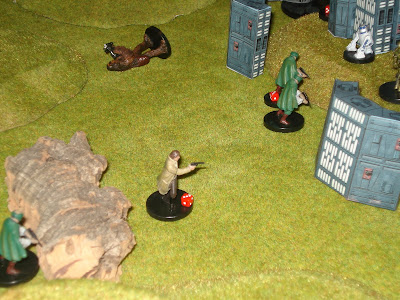 The Rebel Fleet assaulting the Death Star is in for a nasty surprise.
Posted by Road Trip 2018 at 06:54 No comments: