18 months after they hit my doormat both armies are finally completed and will get a run out at the weekend using FoG Ancients.

In my defence I did purchase these on a whim and slap bang at the same time when I was on an extended sick leave period awaiting major spinal surgery.

Along the way I also got distracted by other shiny, shinys too.....

This is one of the projects that i have been putting off for what seems like ages primarily because of a distinct lack of confidence in my very limited modelling skills.

The buildings I have had for a couple of years and whilst I'm not happy with the roof tiles I had been using them 'stand alone' in most of my games.

Buildings are all Timecast as are the small resin hedges. Fences are plasticard, trees are the great range from Pendraken. 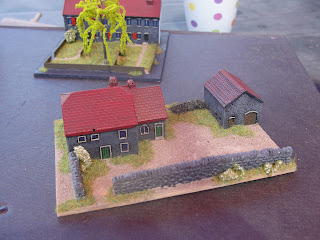 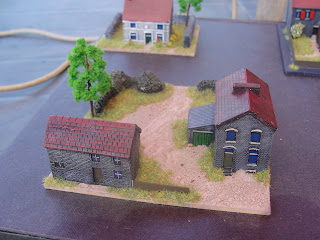 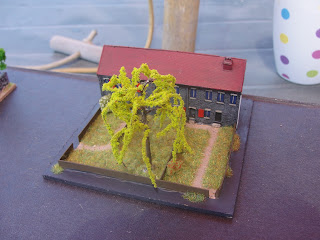 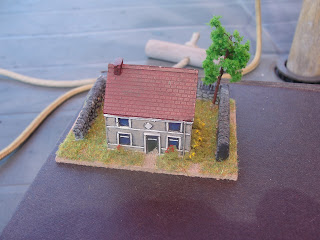 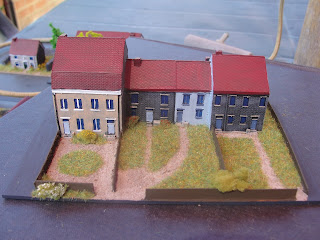 FINALLY FINISHED PAINTING.... dusted off the remaining 8 stands of Javelin/spear and 12 of skirmish archers - only basing left to do now! That new deadline might just be met... Command finished - 8 stands of spears and 12 of archers to do plus the bases. Completion date looking a little like it could be missed - the weather is causing havoc with the cricket season and a backlog of fixtures means I have games tonight, tommorow and Friday, coaching Saturday and Sunday and games next week on four out of 5 week nights...
Posted by Road Trip 2018 at 00:15 No comments:

With my birthday tommorow and a deadline set for these of the 13th thought I'd update on progress.

the 8 stands of Turcoman Bow are done as are 6 stands of bedouin LH. I have started on the four command stands.

Only 8 stands of spear and 12 of Light/ skirmisher bow to go.

Then all I have to do is tart up the bases of two 800 point matching armies to get a FoG Ancients game in - Later Crusades.

New deadline - (Game with no unfinished miniatures) to be held BEFORE The end of May!
Posted by Road Trip 2018 at 14:24 No comments:

Some pics of my playtest of the new Maurice rules this evening. Batrep and rules synopsis to follow 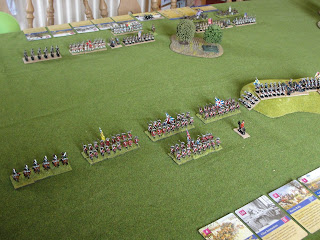 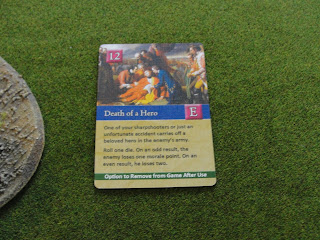 Maurice is a card driven system - true to type British underhandedness strikes the American's morale right from the off with an even die roll reducing their morale by -2. 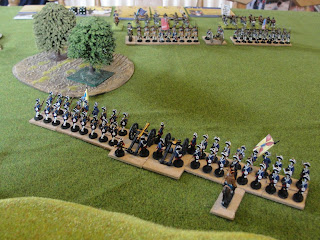 Hurriedly rebased Hessians advance to pin down the American left flank - out of picture and to the right, two unit of Tories support the Hessian Advance 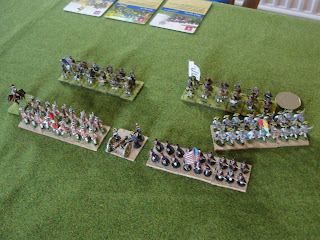 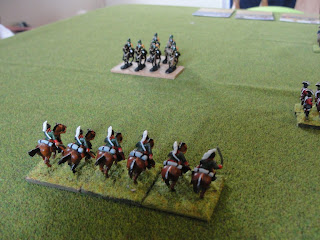 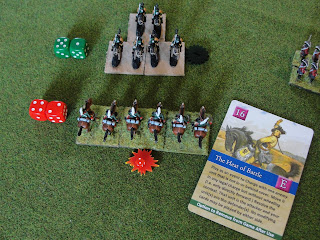 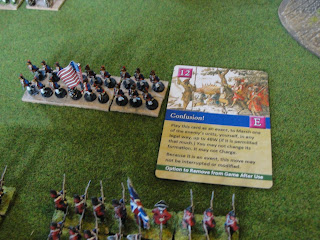 Further foul play by the British drags the Delwares into the firing zone of the British Grenadiers and a flanking support battalion. 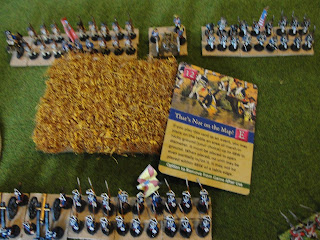 Crafty play (this time by the Americans) plants a previously un-mapped cornfield directky in the path of the Hessian/Tories advance. A smart move by the American CO as it prevents a much smaller force being overwhelmed. 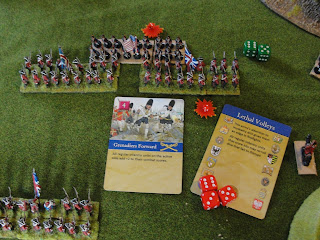 The Britsh Grenadiers supported by a line battalion make numbers count. Boosted firepower through a national advantage card play a major role. Shortly after this pic the Delaware Continentals (only elite unit in the American Force) buckle and break bringing the american player very close to a humiliating defeat. 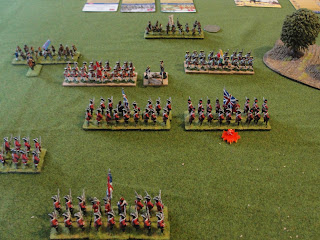 Despite the loss of the delawares, the American CinC is on hand to deploy the French and supporting Militia units in defence of the British Objective. If the American commander can bring his national advantage card A La Bayonette into play maybe history can be reversed and the British might be put to flight at the sight of cold steel? 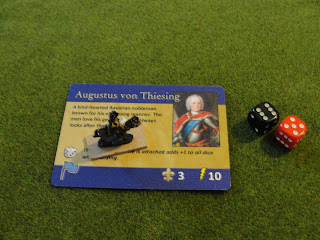 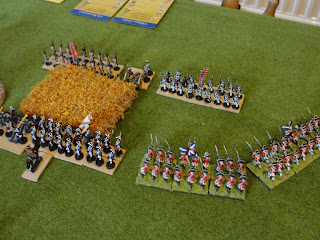 The remaining Continentals find themselves exposed and vulnerable despote the cornfield being unmapped. This shor shows tha calm before the storm. Will conscript units have the final hurrah? 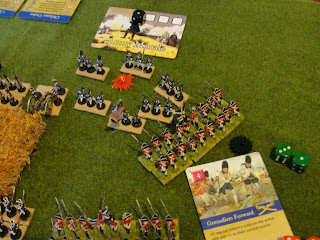 Over on the British right the Grenadiers buckle under intense pressure whilst over on the right the Tories despatch a trained unit of Continentals! 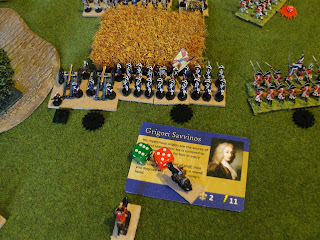 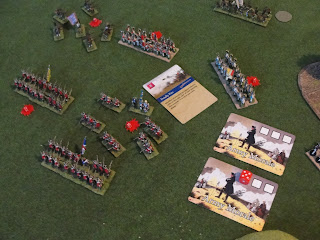 The British pull off a win, their superior firepower winning the day over a determined opponent. As a regular British Line unit breaks so too does an American Militia unit tipping the balance in favour of the British as American morale falters.