Battle for the Plaguelands

Warband battle report between an Undead Warband and a raiding Taurian Warhost somewhere in the Plaguelands.

The Taurian raiding party had won the initiative for terrain placement and chose 1 large impassable terrain piece. The Undead chose 2 small wooded areas. Deploying first the Undead Lord went for the table edge with the most terrain.

The Taurians won the initiative in the first move and were not to lose it for the rest of the game....

The complete Taurian Army. Still a few extras to add including Pegasi, Rhino's and Unicorn. I also gave the Centaurs a flesh wash to blend them better as a unified force. 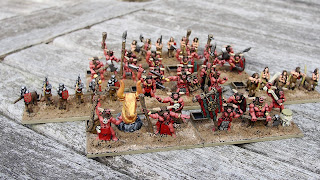 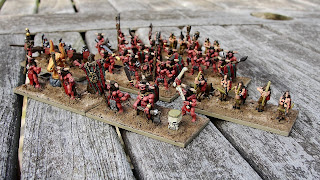 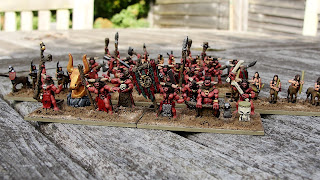 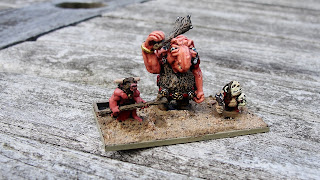 Progress on my new Warband Undead Army. An Undead Lord, 3 units of Skeleton Warriors one with a hero, a unit of Skeleton Riders, two of Bow and two of Crossbow

I'm quite happy with these. I'm not sure whether to add some 'dead grass' flock to the bases... 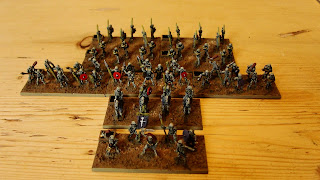 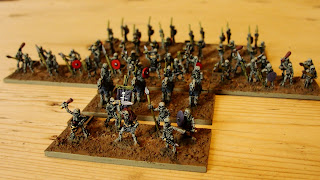 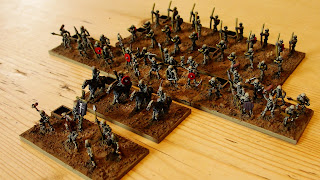 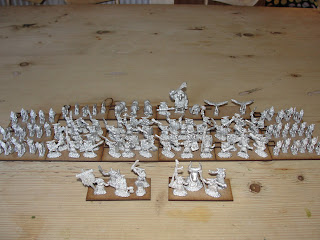 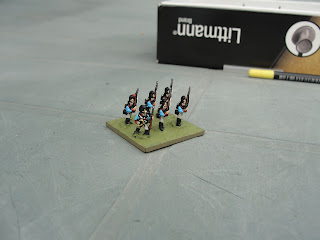 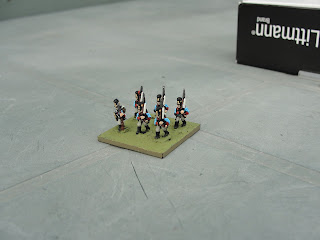