Collections I Own That Require Finishing

Like all fellow wargamers I have a relatively large collection of projects at various stages of completeness.

Following a very targeted and productive year in 2012 where I tackled the big jobs, finished off lots of loose ends and then cut my losses on other projects and evil-bayed a significant chunk of my collection, my 2013 LMP sees most of the outstanding projects at the starting stage.

Unless noted (*), the forces and projects listed are prepped, undercoated and ready to paint.


Purchases I need to make to round off collections
With the threat of redundancy hanging over me this year, I fully expect my spending on the hobby to be hit and to be hit hard.

The following lists includes odds and ends I am hoping to purchase in 2013 to round off existing projects before embarking on any new follies.


·       SAGA Irish reinforcements to bring the force up to 6 points


Depending upon the job situation I would like to look at the following wargames in 2013. I already own the rules sets marked (**)

A Pak40 and late war SS crew and a Hetzer in ambush camouflage scheme.

Of all the warlord models I have the PAK40 crew are really dissappointing. I am not sure what it is but the observer clearly plays in the front ro for his local rugby team and seems to have no neck, whereas the crew members 'urban surfing' on the gun trail just looks odd. 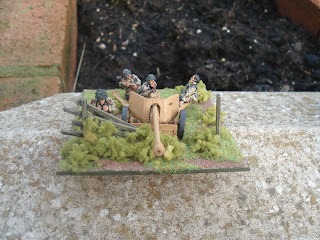 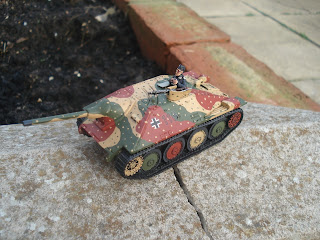 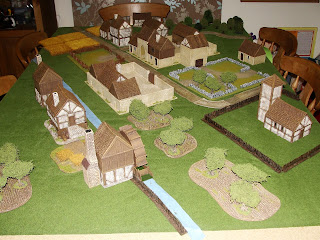 After a fair few months painting I finally managed to get two 1000 point armies on the table for a Bolt Action Bash - Krauts v Commando's somewhere in Holland late 1944.

The above pic shows the table set up. A village, dominated by a Walled Manor house and surrounding farming community.

The British won the initiative and chose the table edge closest to the church which would provide an ideal spotting location for the allied FO. 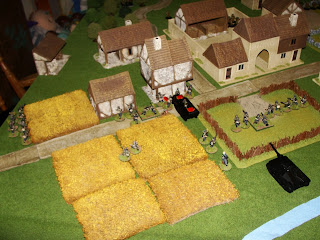 The krauts depoloyed primarily within the cornfields heading directly for the Manor House but wer caught in a frighteningly effective artillery barrage which KO'd a half-track and left its passengers with a game-telling 6 pin markers. 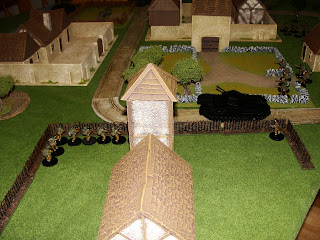 The British supported by a solitary Churchill chose a left flanking manouvre, whilst a blocking force scaled the maor walls to secrete themselves in the courtyard. The right-flank was secured by a MMG deployed in the woods. 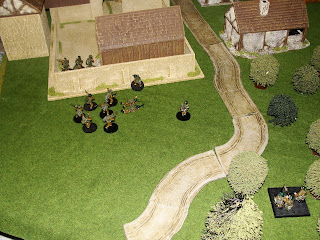 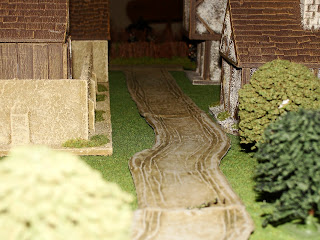 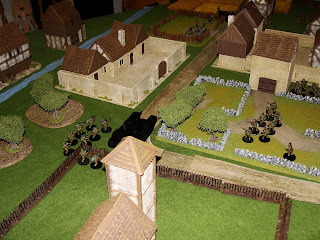 Flanking manouvre by the Commando's and their supporting armour 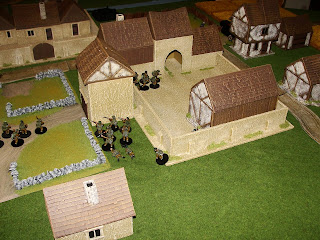 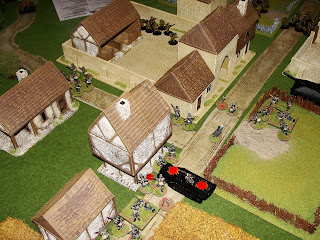 The Krauts struggle to recover from the initial barrage laid on by a female FAO - the wife... whilst the Commando flanking manouvre draws fire from the fields 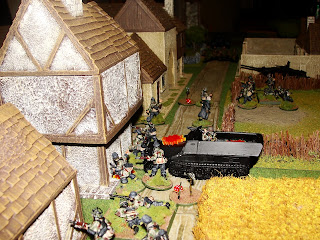 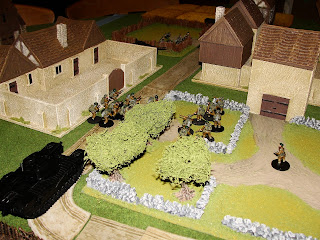 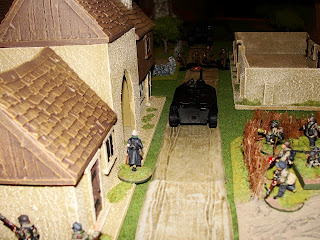 The Churchill exchanges blows with the Kraut Hetzer 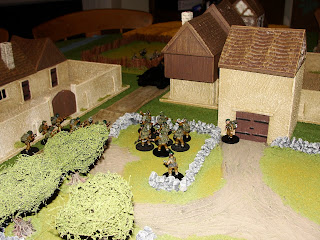 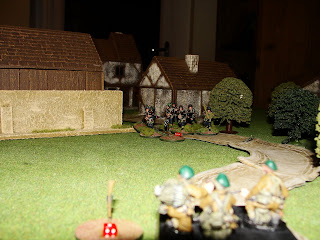 The commando MMG is assaulted by Kraut infantry 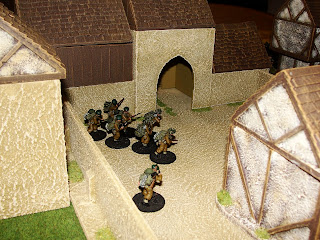 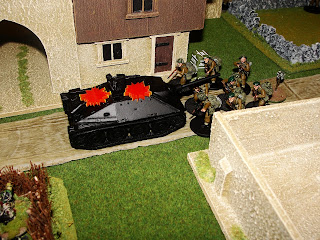 Commando's close assault the Hetzer knocking it out whilst fire from the manor house decimates the kraut infantry despite some hroic interventions from their medical officer! 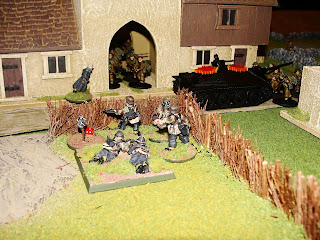 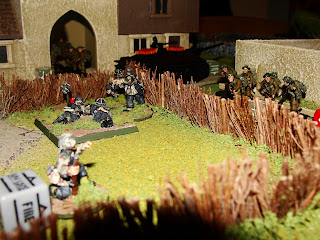 Outflanked, outnumbered and down to only four action dice the krauts call it a day
Posted by Road Trip 2018 at 15:34 No comments: