Not great photos - one because I'm shite at photography and two because its indoors in very poor daylight due to the weather. 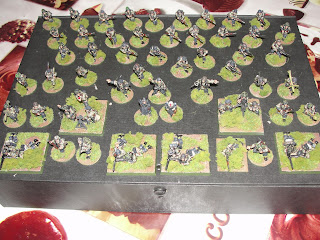 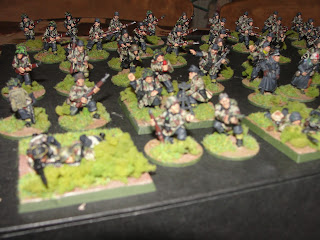 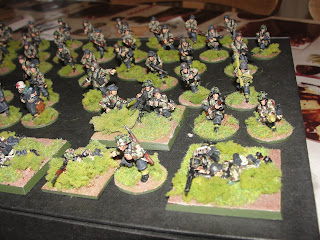 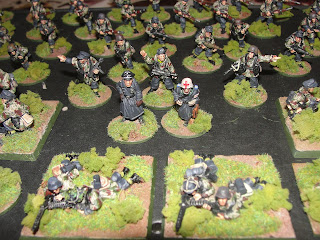 I've had quite an inspired month since getting back from holiday, no doubt helped by my good lady wife going away for a week with mates for a well deserved break.
I always find that come March I have five or six days of leave that I cant squeeze in which invariably I end up losing. This year I thought I'd change that by taking the week off and in between school runs, housework and feeding the household menagerie of cat, guinea pigs and chickens, I would crack on with several projects all at the same time - after all variety is the spice of life! 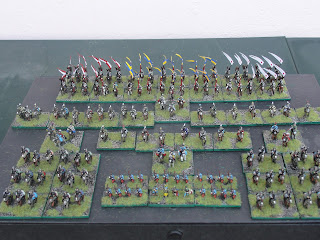 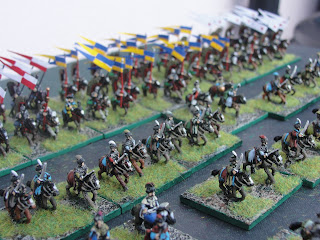 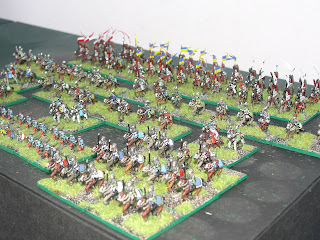 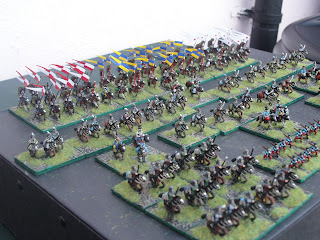 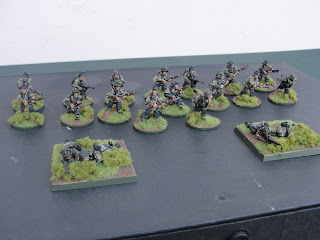 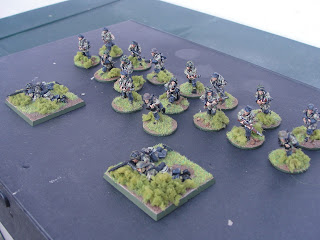 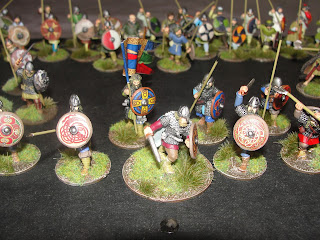 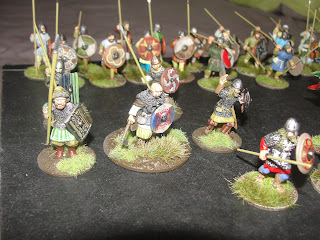 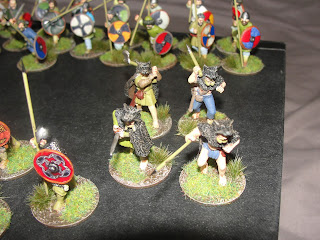 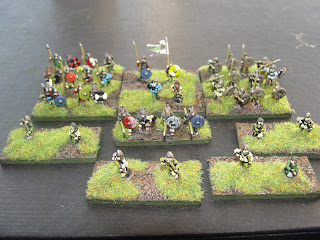 10mm Wars of the Roses/Burgundian/Generic Medieval
﻿ 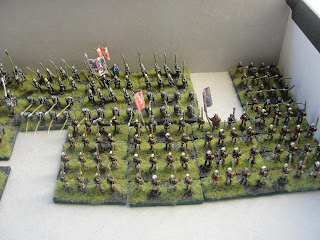 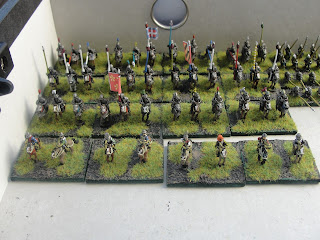 Alongside this little lot (and not yet photographed) I also managed to complete some 28mm Wattle and Daub fencing for SAGA and some pin markers for Bolt Action.

On the workbench, (which I have based up and undercoated ready to paint) is an Arthurian British Army for Dux Brittanarium/Bellorum, a 1000 point Bolt Action British Commando force and the remaining 800 points of Krauts to take on the Commando's.
Posted by Road Trip 2018 at 00:55 No comments: