A USCM Detatchment has been allocated a 'sweep and clear mission' of a remote run down mining colony on the planet of XQ 718.

Early game turns
The Marine detachment advances towards the outskirts of the colony with Lt Gorman in the vanguard. Sgt Apone heads off across toward the left flank taking up covering fire positions, whilst the CO heads for the rocky outcrops on the right flank.

The Predator command stays in the rear. Maybe they sense something the Marines clearly cant yet see.

'First contact' is made when the recce unit on the right flank springs an alien ambush. 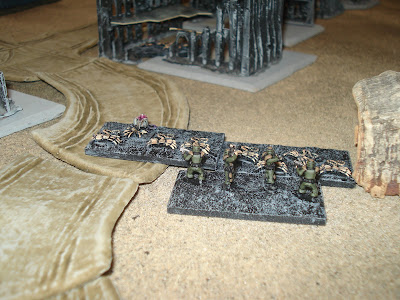 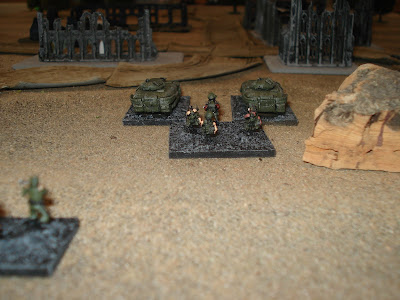 The Aliens creep forward under hidden deployment to take up positions in the foremost buidlings of the colony hoping to spring a large scale assault on Sgt Apone's command but are rumbled when Apone's sensors detect the movement. 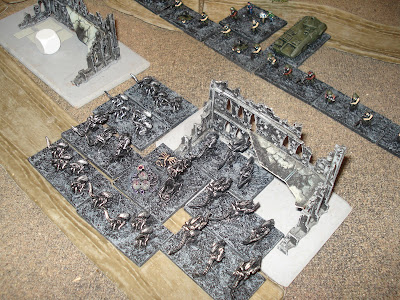 Lt Gorman, now in full panic mode orders a brave but foolhardy flanking deployment which although capturing the aliens in the open and being fired upon from the flank, leaves his own command dangerously exposed. 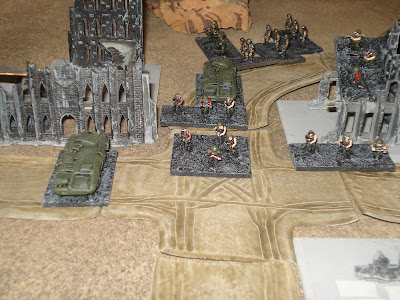 The full firepower of the colonial marines starts to take its gory toll as aliens left, right and centre 'get some'. Despite this onslaught more aliens appear and they immediately swamp Lt Gormans vanguard to devastating effect. Gorman panics and heads for safety leaving his command leaderless. They will have to rely on their own initiative to get them out of this one. 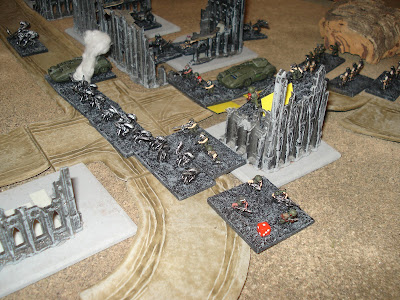 Apone's squads also come under a devastating assault as more and more aliens appear to replace their mounting losses. Savage hand to hand combat breaks out and soon Apone, Ripley and Newt are the only survivors as Cpl Hicks lays down what suppressing fire he can. 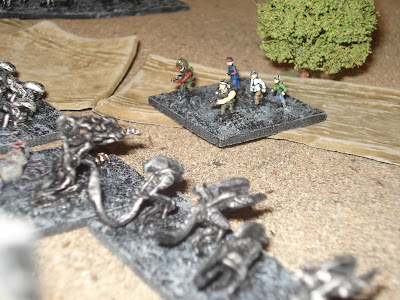 With Gorman retreating and Apone dangerously exposed, the CO orders a general withdrawal. If they can withdraw in reasonable order maybe this will draw the aliens into the open where 'marine firepower' can take care of the rest? The Predator commander 'blunders' and his command decides 'discretion is the better part of valour' and heads for safety too.

The aliens choose not to pursue and begin to withdraw to the safety of cover and the battle ends.

The aliens had lost over half their starting forces and the Marines were 1 stand from their breakpoint.
Posted by Road Trip 2018 at 03:01