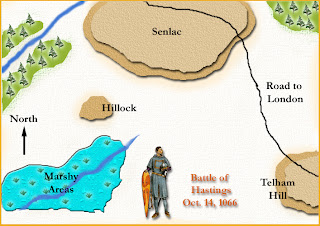 Scenario notes:
The game was played scaling down distances in the HC rulebook by 50% on a 4x4 table.
King Harold's Forces hold Senlac Ridge whilst Duke William's forces set up between the marsh and Telham Hill. William's forces take the first turn.

Early turns
The game got off to a slowish pace with lots of single Division order moves and a fair share of command blunders.

Harold's forces quickly established a menacing shieldwall atop Senlac Ridge hurling Saxon insults towards Williams tardy troops. Only the Breton commander seemed to want to fight, his wing moving to within archery distance before most of the Norman Army had crossed the start line. 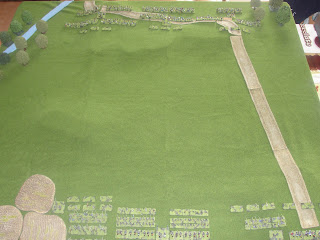 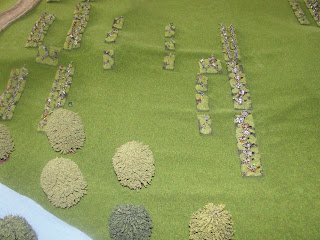 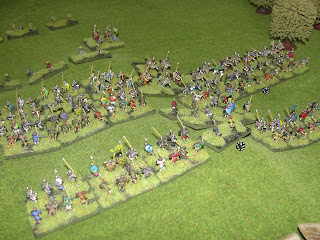 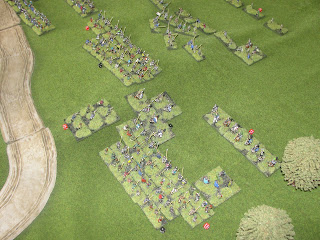 The young Saxon Commander (who we shall call Ancenned) leads from the front. His presence swings the action in the favour of Harold's forces. 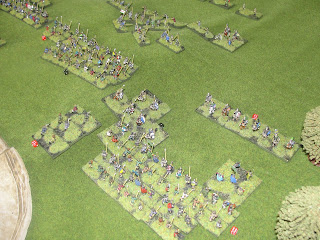 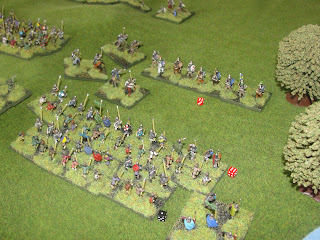 The Breton Command breaks and the Norman main force is still lagging way behind. If young Ancenned can rally some of his shaken units the Shieldwal may be able to be reformed before another Norman Assault. 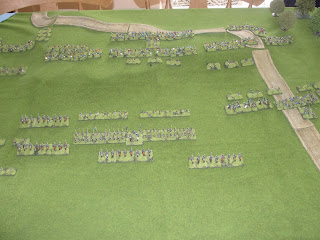 William's forces (centre) and French sub command (right) slowly come within archery range of the ridge, but with a division broken the battle hangs in the balance. 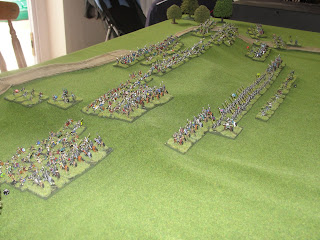 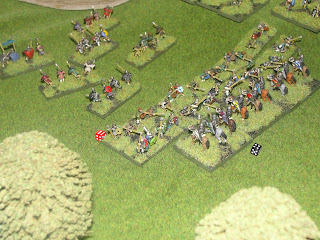 With their commanders attention elsewhere in the battleline, the saxon flank finally folds under repeated assault from the Norman Knights. 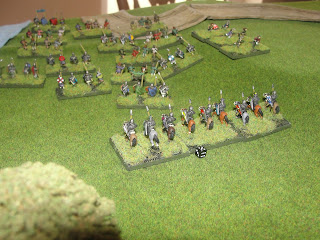 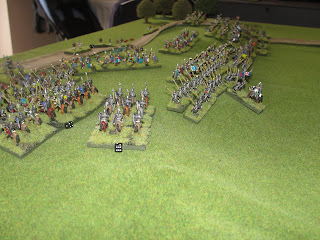 All along Senlac Ridge vicious hand to hand combat ensues and a hard-pressed saxon line beguns to buckle. Only the Huscarls have any joy beating back a surge of Norman infantry. 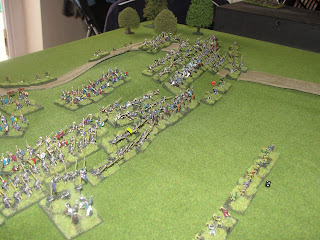 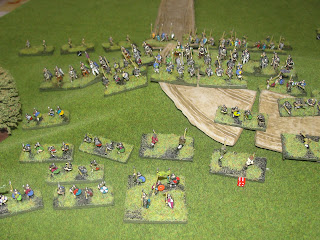 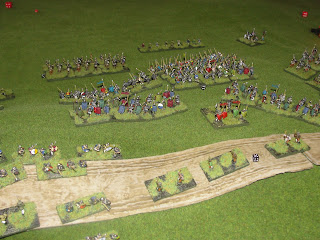 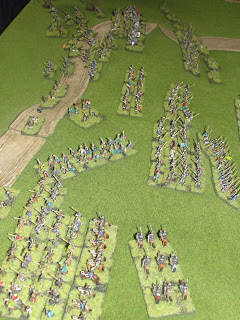 The end is nigh. Surrounded by Norman Knights and infantry Harold's forces capitulate.
Posted by Road Trip 2018 at 04:27