Scharnhorst
Scharnhorst is a pre-game campaign system which generates even more Fog of War within Blucher. Both players start with an agreed number of points with which they must build their armies. Once the army build is complete, both commanders allocate forces to four Columns which then move on a map eventually reaching the stage where a battle is fought between the opposing armies.

As most of my games are fought solo, I approached a good friend to see if we could work out how to use Scharnhorst to create a battle I could then fight solo without having an ‘all-seeing eye’. We came up with an old school solution – Play By E-Mail, which I have to say worked really well.

I chose both starting forces (in hindsight I think it would work even better if Nick had done this) and then Nick and I created our columns, informing each other by email and/or text of our moves. Sadly in my eagerness to get the campaign underway I didn’t pick up that moves are alternate by Column until late in the play, however the end result was achieved and a very enjoyable solo game followed.

I certainly think this method would work well ahead a week or so before an actual game night so that no actual game time would be lost.


Room for improvement:
Nick and I have been gaming together for years so there’s a high level of trust between us. PBEM would need to be moderated by a third party for competition style play.


Background to the Actual Battle
French forces have been massing on the Austrian border for weeks. Incensed at this sabre-rattling the Austrians have mobilised to meet the threat head on.

Determined to gain an upper hand, the Austrian CinC massed reconnaissance units in force under the very able Cavalry Hero Keinmeyer and chose to make his move from West to East across the Northern Germany Campaign Map.

Despite out-scouting the French, the Austrians found themselves brought to battle on less than favourable terms over a very barren battlefield dominated by the town of Zellerode which is flanked on three sides by minor rivers. Furthermore some very clever manoeuvring by the French CinC had brought about another real threat – that of a flanking reinforcement march.

With fewer Campaign Victory Points in hand, the Austrians needed to break the French Army and rout them from the field to win. The French simply needed nightfall to arrive before the Austrians could achieve this to secure their own crushing campaign victory.

The Map and the actual Battlefield

How the battle of Zellerode was won
Having declared the battle the French got to move first. Safe in the knowledge that the only way the Austrians could win the campaign was by breaking the French force before nightfall, Bellame was more than content to sit back and wait for the Austrians to come to him.

Martain, knowing that Bellame knew he could only lose the campaign by being broken set about doing just that. Worryingly for the Austrians there was also the very real threat of a French Reinforcement on their own right flank.

The Austrians would need to be sharp and sought to assault the French left flank whilst feigning towards Zellerode and the French right....... 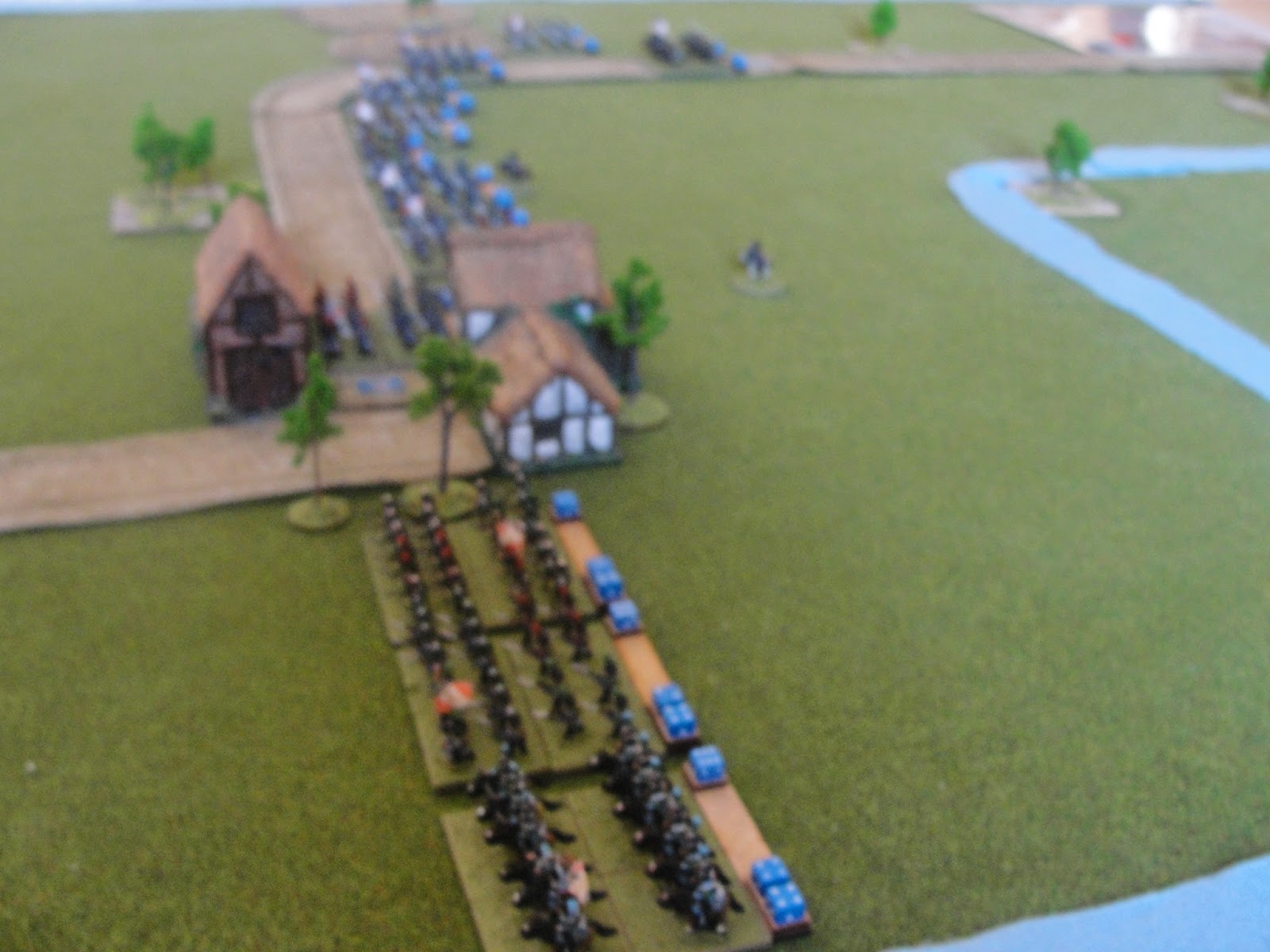