Both ends of the spectrum

I've been working really hard of late with barely a weekend off since I moved to the new job, however having time off during the week when the house is quiet I have rediscovered my mojo a bit and managed to find the inspiration to finish off some loose ends.

With the impending release of Too Fat Lardies Chain of Command, my main focus has been on getting lots of 28's out of the way so it was great to put the finishing touches to some Wehrmacht Command and a number of British armoured vehicles that had been languishing in the back of the cupboard.

I also have a 6mm game of Battlegroup Kursk lined up with a colleague so found some time and a few models knocking around that I had forgot I had and gave them a re-paint ahead of the game later this month. 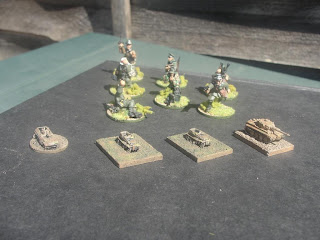 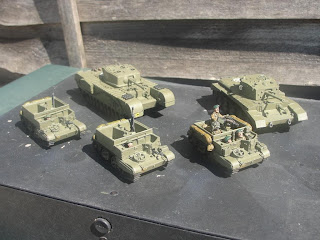