I thought I'd share a few photos of my recent Fathers Day trip to the Imperial War Museum at Duxford with my family.

I last visited Duxford when I was stationed with 39 Royal Engr Regt Wksp REME at Waterbeach Barracks near Cambridge way back in 1997. If memory serves me correctly the collection whilst quite well established was a bit hodge-podge in arrangement.

I got quite a shock when I realised just how big the collection has become and the addition of two 'brand-spanking-new-purpose-built' display hangers really make the day a great day out for the family as well as the military enthusiast.

Apart from the 'thrill of the throb' of a Spitfire roaring overhead I was particularly keen to see the Museums growing collection of Warsaw Pact vehicles - reputedly one of the biggest in the world.

As always with these things there were things I came across on the day that were added bonuses and I'll try to do my best here to share those with you. 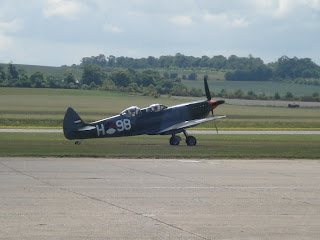 The 'obligatory' Spitfire - Czech roundel if I'm not mistaken? 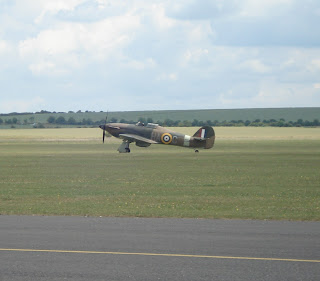 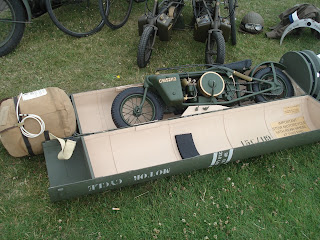 This is an unusual one - a folding motorcycle as used by British Airborne Forces complete with its drop cannister and parachute. This was the very first time I had seen one in this condition in the flesh as opposed to in a book! 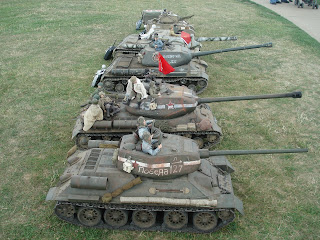 'Big Boys Toys'
The level of detail on the r/c models was amazing. The weathering on the foremost model was incredible and even one or two of the figures heads was moveable by remote control.

This video just goes to prove two things.
1. Size isn't everything
2. The turret traverse of the Tiger I is truly deplorable! 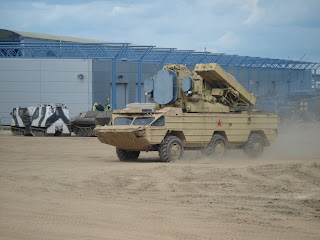 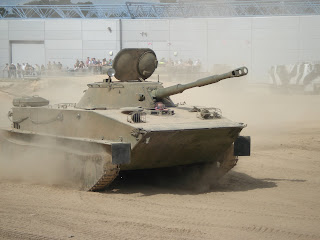 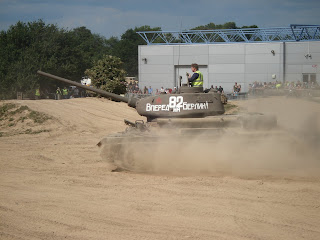 A T34/85 in Balkans 'livery'
Not too sure what the script reads, but sure that whatever it reads its not too pleasant! 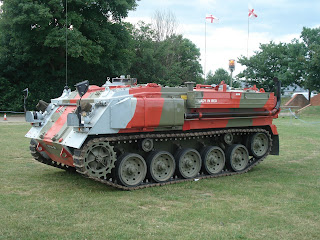 FV432 'Lady in Red'
An unusual camouflage scheme which is anyones guess really? I'm not entirely sure Chris DeBurgh would approve - personally I think this is a massive improvement on his wailing which I have heard far too many times for one lifetime:-)
Posted by Road Trip 2018 at 11:17